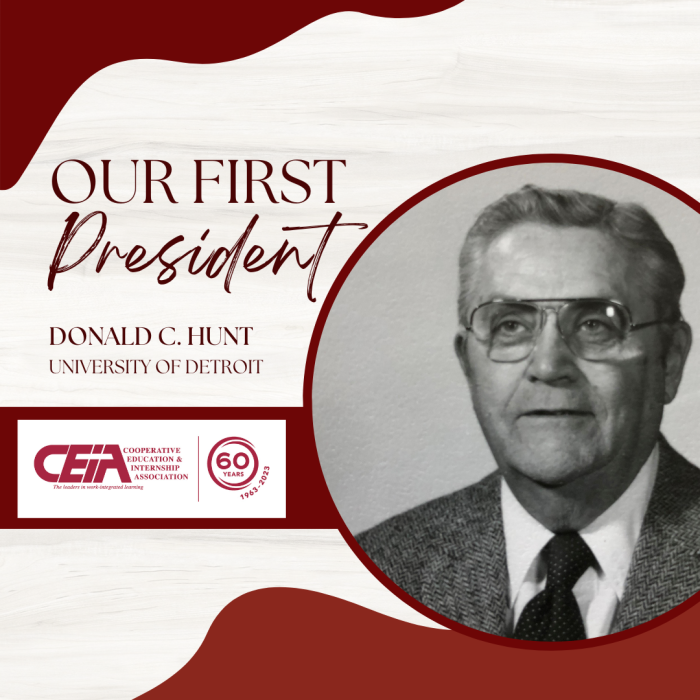 Don Hunt graduated from the University of Detroit, earning degrees in Aeronautical Engineering and a Master’s in Business Administration. He joined the University of Detroit in 1944 as an assistant professor of aeronautical engineering in the College of Engineering. He served as the chairman of the Department of Aeronautical Engineering, chairman of Industrial Coordination, and Director of Coordination and Placement.  He was later the Director of Placement and Cooperative Education and non-academic Personnel.  In 1979 he was appointed Dean of Co-op, Career Planning, and Placement, a position he held until his retirement in 1987.

Categorized in: CEIA GIVE, Leadership, Uncategorized