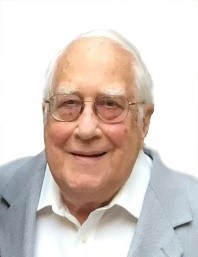 Dr. James W. Wilson was for more than 30 years, the pioneer researcher in the field of cooperative education and work-integrated learning.

As Director of Educational Research at Rochester Institute for Technology, Dr. Wilson led, and together with a colleague, conducted the first national research in the modern era on cooperative education, a Ford Foundation funded major study resulting in the 1961 seminal book they co-authored entitled “Work-Study College Programs: Appraisal and Report of the Study of Cooperative Education.”

This accomplishment resulted in the formation of the National Commission for Cooperative Education (NCCE) in 1962 and thereafter led to Jim accepting Northeastern University’s (NU) endowed chair as the Asa S. Knowles Research Professorship.

Jim was also the Director of NU’s Cooperative Education Research Center where he authored numerous books and articles, edited the Journal of Cooperative Education, conducted annual surveys of co-op programs in the USA, and traveled internationally to help establish and evaluate cooperative education programs.

His original research provides much of what is known about cooperative education, and his work continues to serves as the basis for research conducted by others since.

He served multiple terms as Vice President for Public Relations of the Cooperative Education Association (CEA), received many prestigious awards acknowledging his work, and in 1997 the James W. Wilson Award was established by CEA to honor him as “… the most prominent researcher in cooperative education in the second half of the century”.

Not only was Jim aware of the importance of his endeavors, he genuinely loved his work. His enthusiasm, depth of knowledge about education, thoughtful and inquisitive mind, and sense of humor led him to be a mentor and role model to many whose lives he has influenced to this day.

His career offered him the opportunity to make acquaintances all over the North America and the globe, with many of whom remain close friends his entire life.

Jim retired from Northeastern to be embraced by Peterborough NH, where he remained an avid bridge player, teller of life stories and always enjoying his “wee dram of scotch” in the evening often watching his much-loved Boston Red Sox.

Were that it could have been so, as great friend Sam Sovilla so rightly proposed, that we all be together with Jim again on his 100th birthday, as so many were on his 90th, certainly a happy thought.

We stand on the shoulders of people like Jim Wilson, and as we remember Jim, let us also hold close those colleagues and friends now greying among us, so worthy of our love and respect, for one day each will complete the journey trusting that our lives had even a modicum of positive influence on others as did Dr. James W. Wilson.

May Jim rest in the peace.

“Remember those from whom you are descended and be grateful.”

— From the book of Crìsdean.